In the County quarter-final we have been drawn to play Toomevara in Semple Stadium on Saturday, 24th September at 5.45pm.

In the semi-final we lost lout to Moneygall Clonakenny in Toomervara on a 1-17 to 2-6 scoreline.  Kilruane trailed by 1-11 to 1-4 at the break. MacDonaghs had advantage of wind in second half but Moneygall/Clonakenny pulled men back and defended well. Kilruane did a lot of attacking late in the game but had to try and manufacture goals.
Team: Tom Austin, Simon Austin, Danny Cahalan, Cian Hayes, Cathal England, Eamonn Coonan, Paul Molloy, Brian O’Meara (0-1 free), Cian Moyles (1-0), Andrew Hayes, Jack Mulcahy (0-4. 0-1 free), Ray Quinlivan (1-1), John Hannan, Tristan Madden, Shane Cleary. Subs: Michael Cleary, Cillian Healy

In the ‘A’ quarter-final we play Roscrea in Moneygall on this Thursday, 15th  September at 6.00pm. 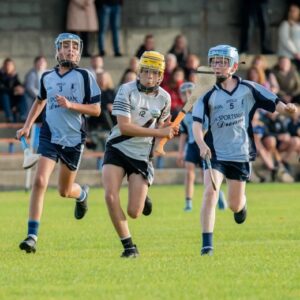 Our first team qualified to play Newport in the North Final with a 1-11 to 1-9 victory over Nenagh in the semi-final in Dolla. It took extra time to separate two evenly-matched sides. At half time MacDonaghs led by 1-5 to 0-4 and at  the end of normal time the sides were tied on 1-7 each. Kilruane were hanging on at the end of ordinary time but were much the better team in extra time especially in the second period. Nenagh had a 65 at the end of ordinary time to win the game but it dropped short.

Our second team booked a place in the ‘D’ final with a 1-8 to 1-1 victory over Ballina in Shalee. MacDonaghs led by three points at the break. Ballina dominated the second half but didn’t translate the possession into scores. Roscrea will be our opponents in the final on this Wednesday, 14th September in Moneygall at  6.00pm.

The Tipperary Draw has been deferred until  Friday, 30th September. There is a €500,000 prize fund. This is a very important fundraiser for the club and we are confident that we will get the usual solid support from our members. A total of €16,200 was won by our subscribers in the last Draw.

The Jackpot now stands at a very attractive €2,100. Tickets are available from the usual outlets or  you can join on Clubforce.com. Thanks for your continued support.

Billy was a member of the 1959 U15 squad, captained by Len Gaynor, that won the North final with a victory over Toomevara and got the better of Grange in the County Final. He won a North senior football medal in 1972 when Kilruane MacDonaghs overcame the challenge of Silvermines. Billy was very active in the Cloughjordan soccer club serving as a player, manager and secretary. He was also a talented musician and played with the Slick Six Showband in the sixties. Billy was a very committed member of the Cloughjordan Church Choir and in 2017 he was the recipient of a presentation in recognition of his many years of service. His coffin was draped in the MacDonaghs colours and club members together with Cloughjordan soccer club and Cloughjordan Choir formed a Guard of Honour on his last journey to the church. Sympathy to his wife Nancy and extended family. 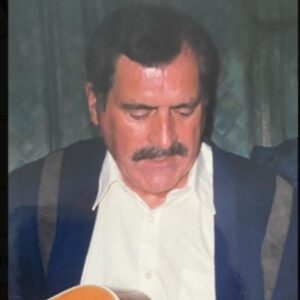 Billy won his first medal with Kilruane MacDonaghs in 1954  when he lined out as goalkeeper on the side that overcame Kilcommon in the North junior final in Nenagh. Two years later Billy picked up his second North junior medal when MacDonaghs had a narrow one-point victory over neighbours Toomevara. In 1959 Billy was part of the senior panel that defeated Toomevara in the North Final. The following year Billy collected his third North junior medal when MacDonaghs got the better of  Ballinahinch in the final. He added a County medal with the victory over Moycarkey in the decider.

On the club front Billy progressed on to the senior team. In 1963 he was goalkeeper on the side that lost the replayed semi-final to Toomevara. There was no joy for Billy  the following year with a defeat by Roscrea in the second round ending championship aspirations and 1964  yielded no success either. In 1965 he collected his second North senior medal when Kilruane pipped Lorrha in the final. The following year Lorrha turned the tables in the North semi-final. That particular game was to be Billy’s last in the Kilruane MacDonaghs colours.

He had won an All-Ireland,  a Munster, a County and five North medals. Billy was a versatile performer playing in goals, in the backs, in midfield and in the forwards. He was the quintessential team player. Billy played where he was asked to play. The team came first. Many online tributes have referred to Billy as a gentleman and he was the same on the field.

Club members formed a Guard of Honour at his funeral and his coffin was draped in the MacDonaghs colours. Sympathy to Liam, John, Mary, Noeleen, Margaret & extended families. 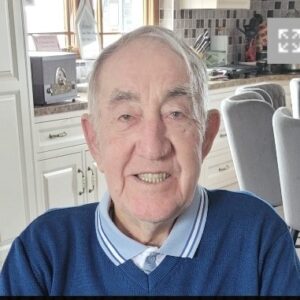