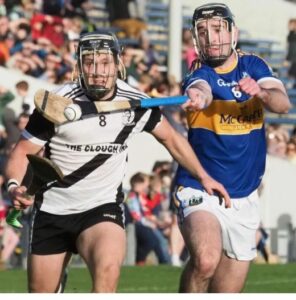 Best of luck to the team and management in the County final replay against Kiladangan in Semple Stadium on Sunday at 3.00pm. The team gave a tremendous performance last Sunday and showed great strength of character to chisel out a draw in the closing minutes. We had fantastic vocal support last Sunday. We need the same again next Sunday. The lads can do it. Let us all get behind them. Admission to the game is by ticket only. A tap and go system will also operate.

Our U15 team participated in the annual Conor Kennedy Tournament in Littleton. We played Cahir, Cashel and Moycarkey Borris. Thanks to Moycarkey for the invitation.

We played in the recent Craughwell Tournament against Mungret, Kilmaley and the host club. Thanks to Craughwell for the invitation.

The Jackpot now stands at a very attractive €2,700. Tickets are available from the usual outlets or  you can join on Clubforce.com. Thanks for your continued support.