Commiserations to Craig Morgan, Cian Darcy, John Casey and the Tipperary senior team on the loss to Cork.

On last Saturday we participated in the Ger Grace Memorial Tournament in Dolla. This was an an 11-a-side competition. It took a while for our players to come to grips with the format and they they lost 3-6 to 0-6 against Loughmore in the first round. A narrow second round 3-7 to 2-9 loss against Mullinahone meant that the victories over Silvermines (5-9 to 2-7) and Templederry (5-9 to 5-4) weren’t sufficient to secure a place in the final. Thanks to Silvermines for the invitation to a very well-organised Tournament and congratulations to Templederry who claimed the trophy. Next on the agenda is the North quarter-final against Kiladangan on Sunday, 26th June in Nenagh.

The first round of the championship has been brought forward to Friday, 3rd June. There  are five teams in this championship: Kilruane MacDonaghs, Borris-Ileigh, Nenagh and Toomevara. The top four teams will qualify for the semi-final.

We advanced to the semi-final of the ‘B’ championhip with a 6-7  to 4-7 away victory over Ballina after extra time. In the semi-final we are away to Moneygall on this Thursday, 26th May at 7.00pm.

We played  Shannon Rovers in  Ballinderry on Monday evening. The next game will be against Kiladangan.

A 2-15 to 2-4 home victory over Moneygall booked a place in the final of the ‘A’ football championship. Moneygall led by 2-3 to 1-3 at the interval and with forty-seven minutes gone MacDonaghs had just a two-point advantage. However, we finshed strongly to emerge winners. 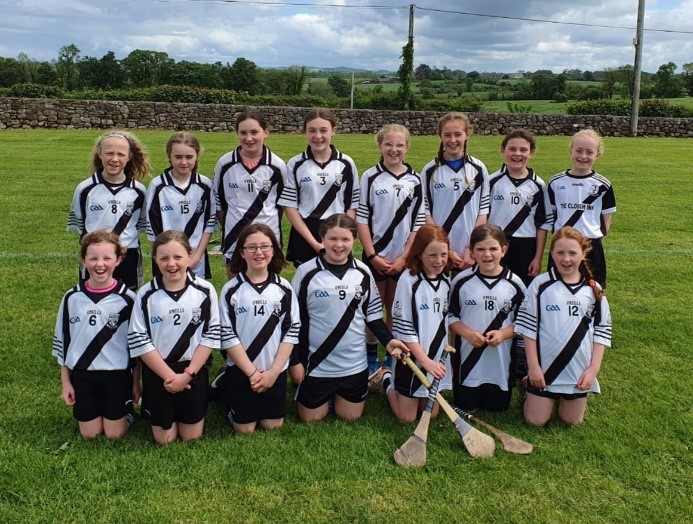 The Jackpot now stands at a very attractive €4,100. Tickets are available from the usual outlets or  you can join on Clubforce.com. Thanks for your continued support.

The club is organising a Limited Draw that has a Prize Fund of €17,000, There is a total of 17 prizes. First prize is €10,000, 2nd €2,000, 3rd €1,000, 4x€500  prizes and 10x€200 prizes. The Draw takes place in the Clough Inn on Friday, 29th July. Tickets, costing €50, will be on sale next week and can be purchased from a vast network of sellers including committee members, players and parents. The money raised will be used to finance the development and maintenance of our facilities in MacDonagh Park to cater for all our hurling, camogie and football teams.

Congratulations to the boys and girls from Ardcroney NS, Cloughjordan who made their First Holy Communion last Saturday.