Best of luck to Páidí Williams and the Tipperary U20 team that takes on Limerick in the Munster final in the Gaelic Grounds on this Wednesday, 4th May at 7.30pm.

Best of luck to Craig Morgan, Cian Darcy,  John Casey (Physio) and the Tipperary senior team against Limerick on Sunday. 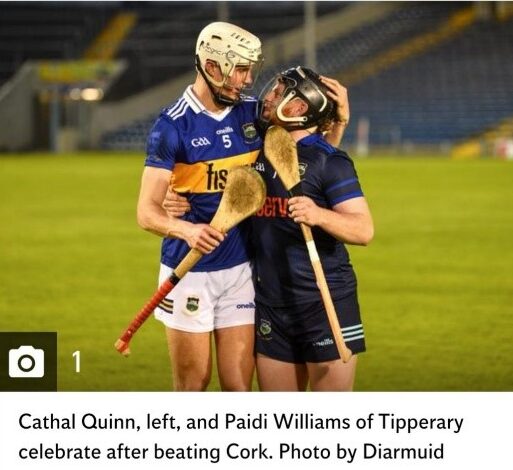 In the fourth round of the League we lost out to Clonoulty Rossmore on a 0-19 to 0-17 scoreline in Clonoulty. With the light breeze in their backs the home team were quickly into their stride and led by 0-4 to 0-0 after four minutes. MacDonaghs settled and at half time the scoreboard read 0-14 to 0-9 in favour of Clonoulty. Cian Darcy and Aaron Morgan were introduced for the second half. MacDonaghs dominated the second half and with 58 minutes gone the sides were tied on 0-17 each. However, Clonoulty raised two injury time white flags to take the points on offer. MacDonaghs will rue spurning four gilt-edged goal chances — two in each half. Victory in the final group game against Borris-Ileigh is now essential to claim a semi-final spot.

In the fourth round of the League a depleted team was well beaten 6-26 to 2-11 by a superior Toomevara team in St. Michael’s Park. A Diarmuid Cahill goal in the first minute saw us enjoy a brief lead. However, a Shane Nolan goal from a 20m free in the fourth minute put the home side ahead and they controlled the rest of the game to run out comfortable winners.

In the final group game our first team had a 4-7 to 3-7 home victory over Newport in the ‘A’ football championship. 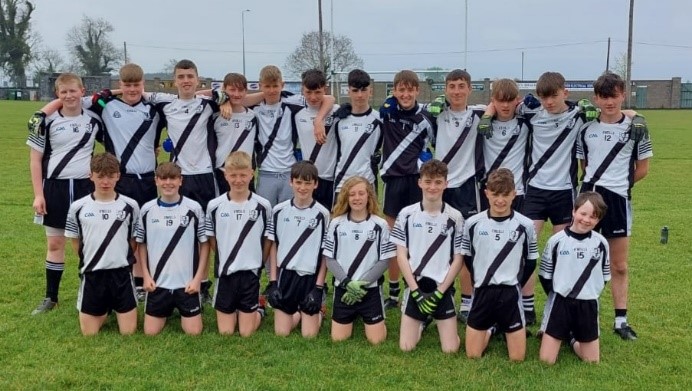 Both our teams were in Féile football action at the weekend. Our first team competed in Division 2 in Monroe. MacDonaghs had a 2-4 to 1-4 victory over Upperchurch but lost to Moyle Rovers by 1-5 to 1-4. All teams finished on two points. Moyle Rovers finished top on the least scores conceded while MacDonaghs claimed the second semi-final place on goals scored. In the semi-final that was played on Monday we lost out to Ballina in Monroe on a 2-3 to 1-4 scoreline. Ballina led by 1-1 to 0-2 at the interval. Team: Johnny Naughnane, Donnacha O’Meara, Fearghal Doheny, Cormac Gaynor, Jack Quinlisk, Paul Molloy, Fiachradh Woods, Tommy Burriss, Killian Healy (0-2, 0-1 free), Thomas O’Brien (0-1), Michael Cleary, Michael Hennelly (1-1), Jack Kenneally, Shane Cleary, Cathal McIntyre. Subs: Tommy O’Meara, Darragh White, Dara O’Looney, Daniel Connolly. William Jones (Injured) and Ray Quinlivan (Sick) were absentees.

The Jackpot now stands at a very attractive €3,800. Tickets are available from the usual outlets or  you can join on Clubforce.com. Thanks for your continued support.

Cloughjordan Heritage Volume X1 was launched in the Thomas MacDonagh Museum by Eamon O’Shea on last Friday night. Among the thirty-two articles featured in the book is an  account of the first North Tipperary senior hurling championship that was played in Knocknacree in 1902 and a profile of Paddy Kelly, formerly of Southill who hurled with Kilruane MacDonaghs, fought in the Vietnam War and is now resident in Melbourne. The book, which costs €10 is available in the local shops and the Thomas MacDonagh Museum. 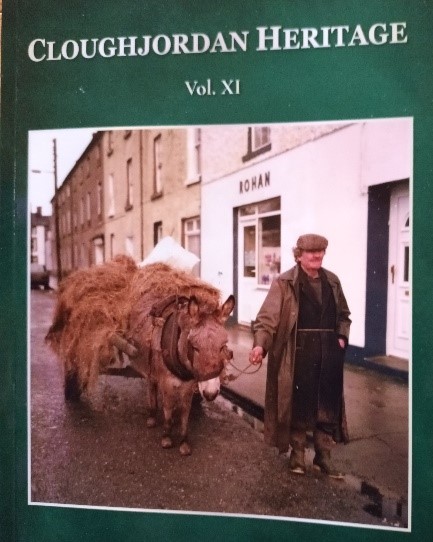 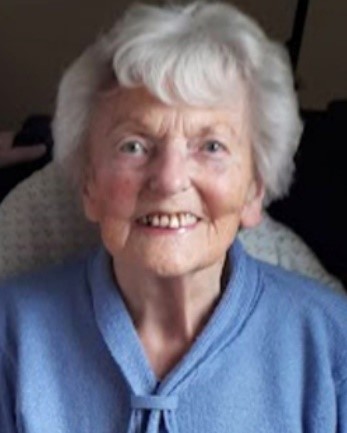