Best of luck to Craig Morgan, Cian Darcy,  John Casey (Physio) and the Tipperary senior team against Cork on Sunday. Tickets can be purchased in the usual Centra and SuperValu outlets or online.

In the final group game of the County League we drew with Borris-Ileigh in MacDonagh Park. Score: MacDonaghs 0-24 Borris-Ileigh 1-21. MacDonaghs made a lightning start to this game, hitting three points in succession. The visitors replied with three points on the trot to leave the sides level after five minutes. A fortuitous Borris-Ileigh goal in the 15th minute propelled them into a four-point lead and at the break the scoreboard was 1-12 to 0-12 in their favour.

In the second half MacDonaghs began to shade possession and in the 45th minute  a point from Conor Cleary left the sides level. A minnute later Jerome Cahill, now operating at full-forward, fielded the sliotar and fired to the net. The umpire appeared to be reaching for the green flag but following an intervention by the referee the goal was disallowed for a square ball. MacDonaghs shrugged off this setback and with just three minutes of normal time left had edged two points ahead. Unfortunately, we failed to see out the final minutes and two injury-time points from Borris-Ileigh earned them a draw.

However, a victory was necessary for MacDonaghs to claim a semi-final spot so attention now switches to the North championship which is scheduled to commence on the weekend of 25th /26th June.

In the second round of the North/Mid League we lost 2-12 to 0-14 against Gortnahoe-Glengoole in Gortnahoe but bounced back with an comfortable 3-21 to 0-10 victory victory over Upperchurch-Drombane in MacDonagh Park.MacDonaghs led by 1-8 to 0-5 at the break and scored freely in the second half to emerge deserving winners.

After an emphatic victory over Toomevara in the quarter-final the U15 ‘A’ football team have a home semi-final tie against Moneygall on this Thursday, 19th May at 6.45pm. 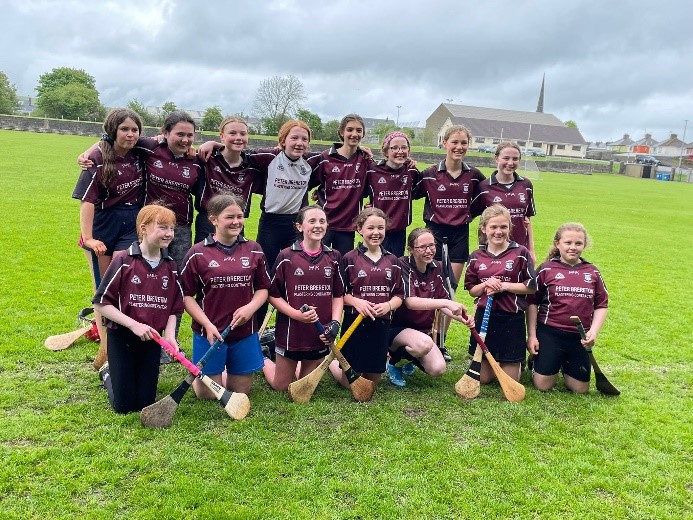 Well done to Míoda O’Shea who lined out with the Tipperary Primary Game football team against Limerick in Semple Stadium. Míoda attends the Gaelscoil in Nenagh.

Congratulations to Len Gaynor who received the Gaelic Writers’ Association 2021 Hurling Hall of Fame Award. The Award was presented at a function in the Iveagh Garden Hotel, Dublin last week.

The Jackpot now stands at a very attractive €4,000. Tickets are available from the usual outlets or  you can join on Clubforce.com. Thanks for your continued support.

Congratulations to the boys and girls from St. Michael’s NS, Cloughjordan who made their First Holy Communion last Saturday.

Congratulations to Declan Barrett and Shauna Hennessy who were married last Saturday.

The club extends sympathy to the O’Meara family, Ballintotty on the death of Margaret O’Meara (Née Murphy) formerly Templemore Road, Cloughjordan and to Joe Gleeson, Beechwood & Una Cleary, Ardcroney on the death of their nephew Donal Gleeson, Dublin.