Best of luck to the Tipperary minor team and management in the All-Ireland final against Offaly.

After their exit from the North championship the team must now regroup for the first round of the County championship against Moycarkey Borris which is scheduled for Saturday, 24th July. 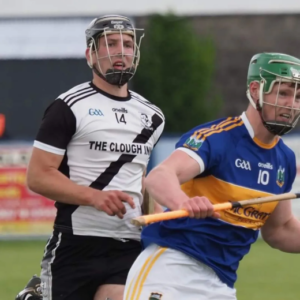 In the first round we are at home to Borris-Ileigh on Wednesday, 6th July with the second round away to Borrisokane on Wednesday, 27th July. The top two teams in the group qualify for the knockout stages.

The campaign begins on Monday, 4th July with an away game against Lorrha. The first home game is against Kiladangan on Monday, 11th July. We will play seven group games with all eight teams qualifying for the quarter-finals.

Cloughjordan recorded a well-deserved 2-6 to 1-2 victory over Toomevara in the first round of the Community Games 11-a side hurling competition in MacDonagh Park. For the Community Games Kilruane MacDonaghs play under the Cloughjordan Banner. The pitch is marked out to very specific measurements to which there must be strict adherence.  A quirky rule is that the fouled player must take the resultant free. No  blame should be attached to the person who suggested this rule but the wisdom of those who agreed is in question. 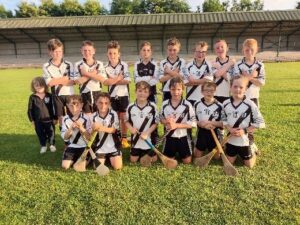 The visitors got off to a dream start inside the first minute when the home defence was caught ball watching and Toomevara raised a green flag. The Magpies soon settled and dominated the remainder of the half. However, the narrow pitch which resulted in bunching in the attack and some superb saves by the Toomevara keeper kept our scoring rate low. Cian O’Looney got us off the mark with a pointed 65 and he added another from a placed ball. Mark Gaynor slotted over a free to leave the interval score Cloughjordan 0-3 Toomevara 1-0.

Cloughjordan continued to monopolise possession in the second period. However, it was Toomevara who took the lead with a pointed free. The home team continued to struggle to translate possession into scores. Inside the last quarter the Cloughjordan team began to find their rhythm. A Mark Gaynor point had the sides level. Tommy Ryan raised  a white flag to put Cloughjordan ahead and a point from Mark Gaynor increased the advantage to two. With the bit between their teeth the home side finished strongly and Paul Williams knifed through the defence on two occasions to find the net. Our backs were on top and Toomevara could only reply with a point to leave the final score 2-6 to 1-2.

Kilruane NS U11 team got the better of Ballinahinch NS in a terrific ‘D’ final in Semple Stadium on a 5-11 to 2-10 scoreline. Captain Senan O’Leary was following in the footsteps of his father Mark who captained Kilruane NS to win the North U13 hurling final in 1990. Cloughjordan U13 ‘C’ camogie team had to give second best to Ballinahinch in their decider and lost out by 9-3 to 5-4 while in the U11’ C’ camogie final Kilruane NS found Mullinahone NS too strong and lost out by 4-16 to 5-4. Well done to all three teams and thanks to the teachers in our schools who continue to promote hurling and camogie. 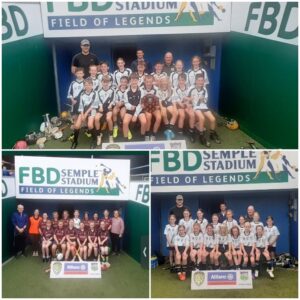 Congratulations to the U14 ‘A’ camogie team and management on their victory over Ballybacon Grange in the County Shield Final. 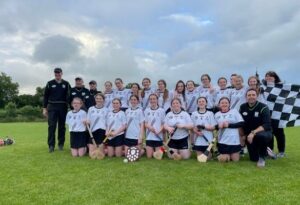 The Jackpot now stands at €2,100. Tickets are available from the usual outlets or you can join on Clubforce.com. Thanks for your continued support.

There has been a great response from our supporters to the Limited Draw. Tickets  for the Draw, costing €50, are now on sale from a vast network of sellers including committee members, players, selectors and parents. There is a Prize Fund of €17,000 with 17 prizes to be won. First prize is €10,000, 2nd €2,000, 3rd €1,000, 4x€500  prizes and 10x€200 prizes. The Draw takes place in the Clough Inn on Friday, 29th July. The money raised will be used to finance the development and maintenance of our facilities in MacDonagh Park to cater for all our hurling, camogie and football teams.