In the first round of the County championship MacDonaghs recorded a 4-22 to 0-10 victory over Moycarkey Borris in the Templederry. The team that had looked lethargic and leaden-footed against Kiladangan played with purpose and pace on this occasion. Ten players got on the scoresheet and 4-18 of the final tally came from play. Against the light breeze MacDonaghs hit the ground running and Kian O’Kelly fired over a point in the first minute. In the fifth minute Kian gave Niall O’Meara an absolute peach of a stick pass and Niall buried the sliotar from close range. With seventeen minutes gone only four points separated the sides but an Aaron Morgan goal, after some great teamwork, put the Magpies in the driving seat. At the interval  the scoreboard read 2-14 to 0-7 in favour of Kilruane. Niall O’Meara limped off just before the break and he was replaced by Eoin Hogan.

On the resumption, MacDonaghs were slow getting into their stride but Moycarkey failed to eat into the deficit. Indeed, they didn’t register their first score of the half until the 47th minute. By that time MacDonaghs had added 2-4 to their tally and were out of sight. Cian Darcy had raised the green flags in the 36th and 41st minutes. Moycarkey never played to their full potential and MacDonaghs had a healthy advantage at the final whistle. Clonoulty Rossmore will provide formidable opposition in the second round on the weekend of 7th August.

In the semi-final Kilruane MacDonaghs play Borris-Ileigh on this Friday, 29th July in Toomevara at 7.15pm. In their last encounter Borris-Ileigh had a comfortable victory so it is going to take a herculean effort by the Magpies to get over the line. It is vital that our supporters get behind the team who are rank outsiders for this encounter.

In the second round of the championship we are away to Borrisokane on this Wednesday, 27th July at 7.30pm.

In the third round we recorded a victory over Borrisokane in Gardiner Park.

There were mixed fortunes for our teams last week. Our first team travelled to Lacken Park and claimed the points with a 1-14 to 1-9 victory over Newport. The second team had home advantage against Davins but it was the Carrick side that that came out on top by 3-8 to 1-6. The visitors led by 1-4 to 0-4 at the break.

In the ‘A’ championship we edged out Toomevara in MacDonagh Park on a 4-11 to 2-10 scoreline.

On last Saturday morning our U6s and our U7s travelled to Nenagh to play the home teams. We maximised player participation by fielding four teams. 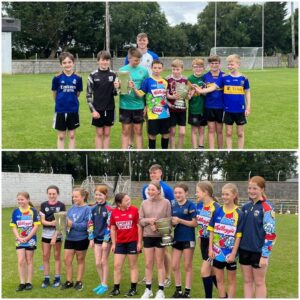 In the final Draw the club won €6,000 while John & Theresa Ryan Ormond Street, Nenagh were one of the €200 winners. We look like to thank all who joined the Draw and we look forward to your continued support for the new Draw which was launched on last Friday.

The Jackpot now stands at €2,500. Tickets are available from the usual outlets or you can join on Clubforce.com. Thanks for your continued support.

The Limited Draw takes place on this Friday, 29th July in the Clough Inn at 9.30pm with €17,000 in prizes to be won including the first prize of €10,000. There will be live music and refreshments. Everybody is welcome to attend. 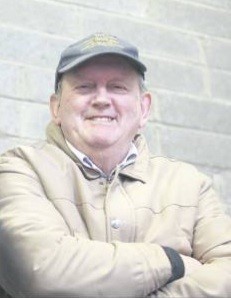 The late Paddy Mulrooney transferred to the Kilruane MacDonaghs Club in 1972. He had won an Offaly County senior hurling medal in 1971 when Birr ended a twenty-three year wait for the Sean Robbins Cup by overcoming St. Rynaghs by a point in the final. Paddy played senior, intermediate and junior hurling with MacDonaghs. In 1974 he was corner back on the junior team that lost out to Knockshegowna in the North final. The following year he lined out at full-back when Kilruane pipped Templederry by a point in the divisional final. In 1978 Paddy was a member of the intermediate panel that won both the North and County titles. He was involved as a junior selector in 1982. Paddy was a very reliable and conscientious gatechecker with the North Board for many years. He was a familiar presence at venues thought the division in all kinds of weather. As a mark of respect the Tricolour in MacDonagh Park flew at half-mast. Paddy’s coffin was draped in the MacDonaghs colours and club members formed a Guard of Honour at his funeral. Sympathy to his wife Recie and extended family. Ar dheis Dé go raibh a anam.