In the first round of the County championship we play Moycarkey Borris in Templederry on this Saturday, 23rd July at 6.30pm.  This will be a very difficult assignment for the team so all support would be appreciated. Two years ago, against the same opposition, we were fortunate to get out the gap with a 3-21 to 2-19 victory in Templemore. 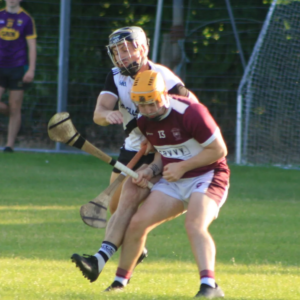 In the final group game we lost 3-17 to 1-11 against Borris-Ileigh in Toomevara. After two minutes  Kevin Ryan hit the deck after clearing his lines and had to retire injured. He was replaced by David O’Sullivan who looked lively when he entered the fray. However, David only lasted until the 28th minute when a leg injury cut short his evening. MacDonaghs began well with two points from Eoin Carroll inside the first two minutes — one from play and one from a free. Borris-Ileigh responded with a point and a goal (8th minute) after indecision in the Kilruane defence. However, a minute later Eoin Carroll fired the sliotar to the corner of the net and the Magpies were ahead again. At the water break (13th minute) MacDonaghs led by a point and after 21 minutes were two points in front. Hesitation in the Kilruane defence allowed Borris-Ileigh in for a second goal in the 22nd minute and they held a six-point advantage at the break.

Borris-Ileigh controlled the game in the second half  with their half-backs dominating. By the 56th  minute they had opened up a nine-point gap. A goal with the second last puck of the game helped give them a comfortable victory. The sides meet again in the semi-final on Friday, 29th July. MacDonaghs will go into the game as total outsiders. It will take a monumental effort to book a place in the final but it can be done. 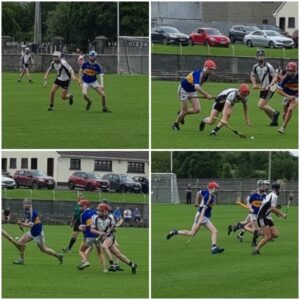 We collected another brace of points with a 4-18 to 1-14 home victory over Kiladangan in the second round. A Jack Mulcahy goal in added time helped MacDonaghs into a 1-8 to 0-8 interval lead. Inside the final quarter only five points separated the sides but MacDonaghs finished strongly down the home straight to come out on top.

In a very competitive encounter our second team lost 3-11 to 3-9 against Thurles Gaels in Ardcroney. The visitors had the better of matters in the first half. MacDonaghs thundered into the  game on the restart but just came up short.

Our second team travelled to Puckane and had a comfortable victory over the home team in the latest round of the championship. 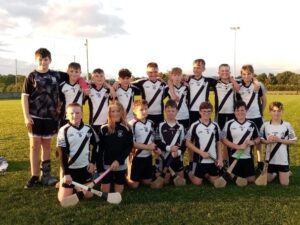 On Saturday morning our second team travelled to Lacken Park to play Newport in the brilliant sunshine. Both clubs decided to field two teams to maximise participation. Four games were played and we recorded two victories.

Our second Cúl Camp commenced in sweltering conditions in MacDonagh Park on Monday.

The Jackpot now stands at €2,400. Tickets are available from the usual outlets or you can join on Clubforce.com. Thanks for your continued support.

There is just a little over a week before our Limited Draw takes place on Friday, 29th July in the Clough Inn. Tickets  for the Draw, costing €50, are on sale from a vast network of sellers including committee members, players, selectors and parents. There is a Prize Fund of €17,000 with 17 prizes to be won. First prize is €10,000, 2nd €2,000, 3rd €1,000, 4x€500  prizes and 10x€200 prizes. The money raised will be used to finance the development and maintenance of our facilities in MacDonagh Park to cater for all our hurling, camogie and football teams.