Thanks to all the club members who helped out with the stewarding arrangements for last Sunday’s Hibernian Inn North senior final. A special word of thanks to JP McKenna who once again gave us the use of his field for parking.

After last weekend’s results we are guaranteed a place in the semi-final. Our final group game is against Borris-Ileigh on this Friday in Toomevara at 7.30pm.

In the first round a goal with the last play of the game earned a draw against championship favourites Borris-Ileigh in MacDonagh Park. The goal was almost a carbon copy of Tipperary’s winning goal in the All-Ireland minor final. Rory Grace floated a 20 metre sideline free into the square and centre-back Jack Mulcahy rose highest in the crowded goalmouth to steer the sliotar to the net to leave the final score 2-12 to 0-18. MacDonaghs played with the aid of the breeze in the first half and led by 1-6 to 0-7 at the break. The teams were level on four occasions in the second half before three pointed Eddie Ryan frees put the visitors in front. However, MacDonaghs hung in and chiselled out a draw. 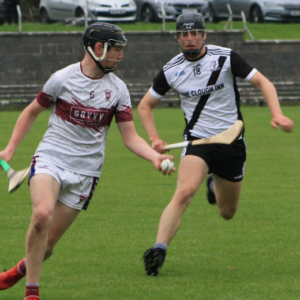 In the first round of the championship we recorded a 3-22 to 1-13 victory over Lorrha. As Lorrha had only fourteen players both teams agreed to play fourteen-a-side.

In the North/Mid League the ‘A’  team came out the wrong side of a 6-13 to 3-21 scoreline against Lorrha Rovers Gaels in Ballinderry. Best wishes to Ray Quinlivan who suffered an injury in this game.

The ‘A’ team recorded a 1-21 to 2-7 victory over Nenagh in Ardcroney. MacDonaghs had the breeze in their backs in the first half and led by 0-9 to 0-5 at the break. On the resumption, Nenagh levelled with a point and a goal. MacDonaghs responded by  hitting 1-9 without reply to take control of the game with Shane O’Meara raising the green flag. Best wishes to Dylan Sheahan who fractured a bone in his hand. We hope to see Dylan back in action soon. 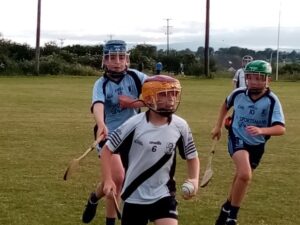 Our first team had a two-point victory over Kiladangan in MacDonagh Park last Saturday morning. On next Saturday we travel to Newport. Meanwhile, the Community Games team had to give second best to Roscrea despite leading at the interval. 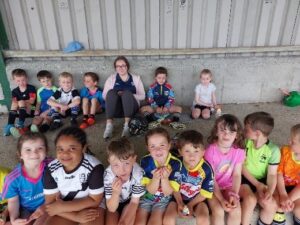 The Jackpot now stands at €2,300. Tickets are available from the usual outlets or you can join on Clubforce.com. Thanks for your continued support.

There are just two weeks left  before our Limited Draw takes place on Friday, 29th July in the Clough Inn. Tickets  for the Draw, costing €50, are on sale from a vast network of sellers including committee members, players, selectors and parents. There is a Prize Fund of €17,000 with 17 prizes to be won. First prize is €10,000, 2nd €2,000, 3rd €1,000, 4x€500  prizes and 10x€200 prizes. The money raised will be used to finance the development and maintenance of our facilities in MacDonagh Park to cater for all our hurling, camogie and football teams.