The adult hurlers and camogie players would like to thank everybody who helped make the Christmas Shoe Box Appeal  such a resounding success.

Congratulations to Eoin Gleeson, Puckane who won the €2,900 Jackpot on 27th December. The Jackpot now stands at €2,100. Tickets are available from the usual outlets or you can join on Clubforce.com. Thanks for your continued support. 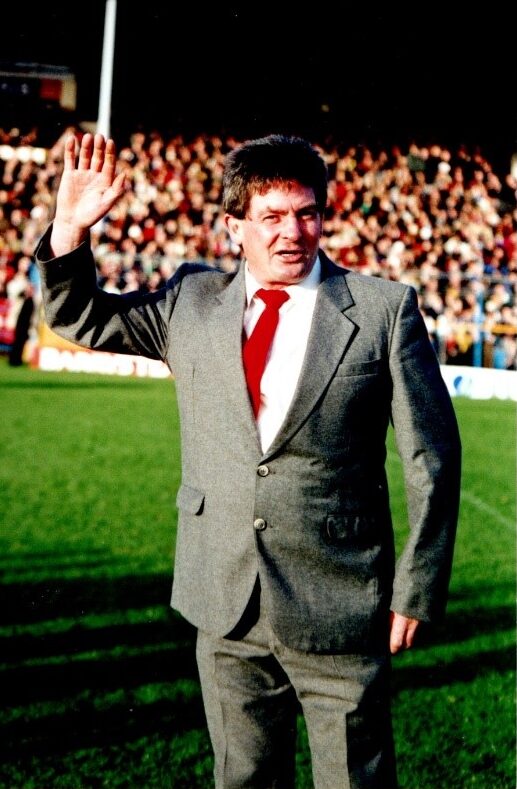 The parish was stunned on Christmas morning when news filtered through that Mackey Keogh, Ballygibbon had died suddenly. He was a lionhearted hurler and a larger than life character both on and off the field. Mackey first came to prominence on the 1964 U15 Juvenile team that won two North championships and the County Rural final. He lined out in the forwards on a side that also included his older brother Johnny. Mackey progressed on to the minor and U21 teams but Kilruane MacDonaghs were not among the honours in those years. Mackey collected his next medal when he was centre-field on the U21 football team that won the club’s first title in that grade in 1970.

Mackey made his debut for the Kilruane MacDonaghs seniors in 1970 and he was ever present on the side until his retirement at the end of the 1984 season. He played in the 1973 and 1975 County finals when Kilruane lost out to Roscrea and Moneygall. He was an integral part of the MacDonaghs team that won the three-in-a-row North and County finals (1977-1979). Mackey and Seamus Hennessy formed a formidable midfield partnership on those successful sides. As a pair of club midfielders there were not many as good and certainly none better.

In 1980 a last-minute goal saw Roscrea deprive Kilruane MacDonaghs of the four-in-a-row. Mackey continued playing until 1984 without further reward. He had played for fifteen consecutive seasons as a senior player. Mackey was involved in some memorable games in Nenagh and Semple Stadium particularly against Roscrea and Borris-Ileigh who were our great rivals at that time. He relished the physical exchanges. Mackey had few peers as a ground hurler, whipping the ball like an Exocet missile first time into the forwards. Direct hurling was his forte. Mackey was as strong as an ox. Hard work built that strength. Mackey used that strength to great effect under the dropping ball. He could bat the ball as far as most players could hit it.

When he was diagnosed with cancer he overcame his illness with the same courage and resilience that he had shown on the field. Mackey was a prolific fundraiser for Cancer Charities and the Children’s Hospital

As a mark of respect the Tricolour flew at half-mast in MacDonagh Park. Nenagh Golf Club, where Mackey was a member since 1974, formed a Guard of Honour as the funeral arrived for Mass in Kilruane. His coffin was draped in the club colours and on Mackey’s final journey to Cloughjordan cemetery MacDonaghs members flanked the funeral cortege from MacDonagh Park to the church.

Sympathy to his wife Ann, his daughters Hazel and Marcella, his son Kevin, his brothers Connie, Johnny & Bunny and extended family.