A busy season finished on a high note under lights in Borrisoleigh when the U14 hurlers claimed the North ‘A’ title with a hard-earned 4-11 to 1-9 victory over Ballina. MacDonaghs led by four points at the interval but Ballina cut the deficit to two at the second water break. However, a strong final quarter saw Kilruane out the gap. Well done to the players and management. 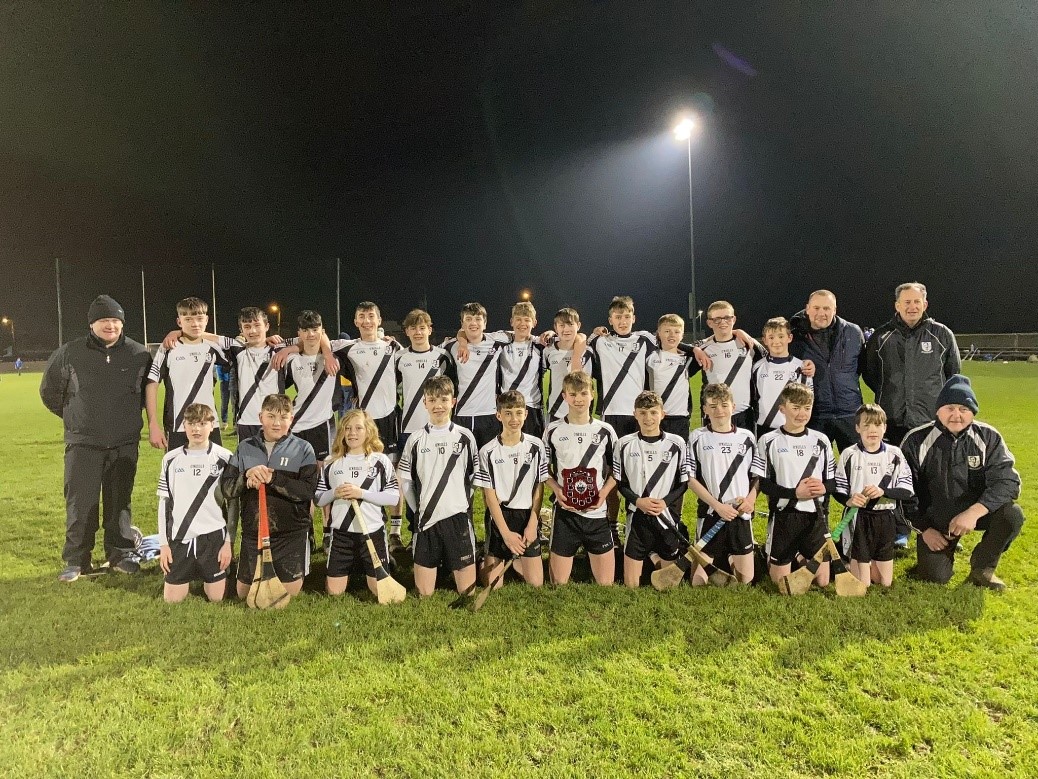 Congratulations to Len Gaynor who has been chosen to be inducted into the Tipperary Association Dublin Hall of Fame Award 2021. Len is joint winner with Margaret Rossiter, Clonmel.

The Jackpot has climbed to €2,900. Tickets are available from the usual outlets or you can join on Clubforce.com. Thanks for your continued support.

The club would like to thank everybody who supported Kilruane MacDonaghs during 2021. It has once more been a testing year for everybody but the community spirit in the parish was as strong as ever.

The Kilruane MacDonaghs club would like to wish its supporters, players, committee and officials a peaceful and safe Christmas & a New Year blessed with good health and filled with contentment. We remember those who suffered bereavement during the year and all our parishioners, who are in exile, are also very much in our thoughts.

The club extends sympathy to the Brady family, Cloughjordan on the death of Marie Brady (née Ranahan)