In the final group game we play Clonoulty Rossmore in Templetuohy on Sunday at 12.30pm. It is crucial that all our supporters make their way to Templetuohy and get behind the lads. For very understandable reasons Clonoulty will have the support of neutrals so we all have an obligation to back our team on Sunday.

Admission is free but to honour the memory of the late Dillon Quirke there will be a collection in aid of St. John’s Ambulance. A GoFundMe page has also been set up to facilitate donations from individuals who may not attend the game but would like to donate. This collection is an ideal opportunity to show our appreciation to the Order of Malta for the invaluable service it has provided at GAA games for decades.

Best wishes to Craig Morgan who faces a long spell on the sideline after sustaining a cruciate injury against Nenagh. Craig will be a major loss to both club and county. He is resilient and we are confident that he will bounce back better than ever. 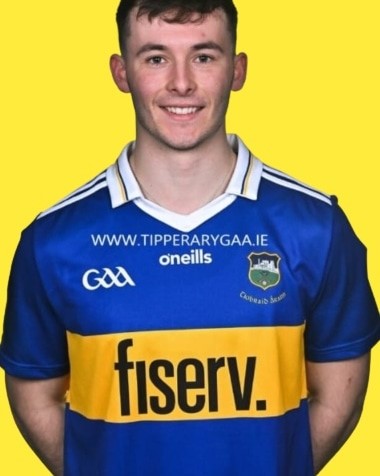 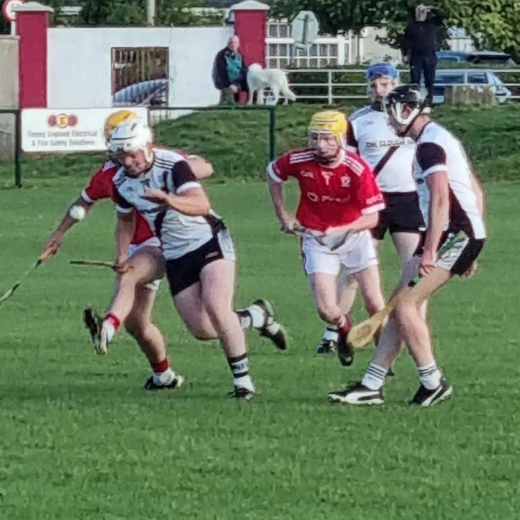 In the first round we made the trip to St. Cronan’s Park and recorded a 3-13 to 0-13 victory over the home team. Roscrea were first on the board with a point before a brace of white flags from James Loughnane put the Magpies into the lead. Roscrea responded with two points to nose ahead. MacDonaghs hit back with two points from Jonathan Cahill, one from play and another from a free. MacDonaghs were now ahead once more and they would maintain that lead to the final whistle.  Great work by Nathan Lynch set up Louis Kennedy for his first goal in the 20th minute. Louis found the net again two minutes later and Nathan Lynch added a peach of a goal in the 24th minute. At the interval Kilruane had a nine-point cushion with the scoreboard 3-6 to 0-6 in their favour.

On the resumption, Diarmuid Cahill limped off in the 33rd minute. Kevin Quinlan moved to midfield and was very influential in his new position. Both defences were on top in the second half with scores at a premium. The MacDonaghs rearguard was well marshalled by veterans Martin Walsh at full-back and Shane Williams at six. Forty-two year old Alan Quinlan came out of retirement to wear the number one jersey and he was coolness personified between the sticks. Each team added seven points in the second half to leave a nine-point gap at the final whistle.

We play Templederry/Ballinahinch in the quarter-final on this Wednesday, 31st August in Moneygall at 6.30pm.

The first team travelled to Ballina and earned a share of the points with the home team. Both sides scored 1-16.

Both our teams were in action last week in MacDonagh Park. Our first team just managed to shade the verdict against Newport with a 2-5 to 0-8 victory that gives them a place in the semi-final. MacDonaghs led by 2-3 to 0-5 at the interval.

Our second team proved too strong for Kiladangan and have booked a place in the semi-final. 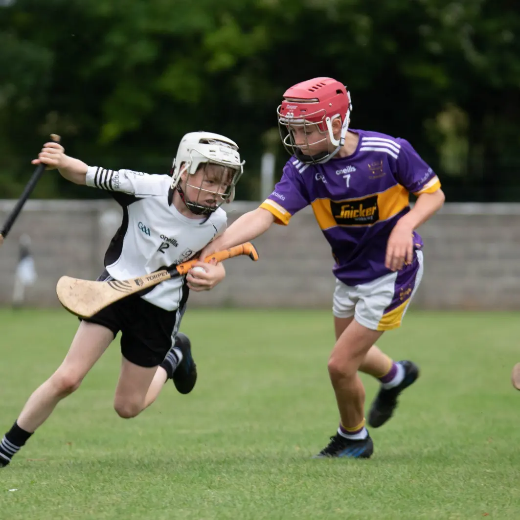 On last Friday  evening our U9s played in a Blitz in Dr. Morris Park with Moyne Templetuohy, Newport and Mullinahone.

A number of our players were involved with Tipperary teams last weekend. Cian Moyles was on the U16 side that lost the Shield Final to Cork. Ray Quinlivan was a member of the U15 team that beat Cork in the Arrabawn  Shield Final. Tommy O’Meara was joint captain of the U14 team that lost to  Cork in the Sonny Walsh Final after extra time.

The Tipperary Draw will commence on this Friday, 2nd September. There is a €500,000 prize fund. This is a very important fundraiser for the club and we are confident that we will get the usual solid support from our members. A total of €16,200 was won by our subscribers in the last Draw.

The Jackpot now stands at a very attractive €3,000. Tickets are available from the usual outlets or  you can join on Clubforce.com. Thanks for your continued support.