In the second round of the County championship we play Clonoulty Rossmore in Semple Stadium on this Friday, 5th  August at 7.30pm. This will be a big task for the team against the West champions so we urge all our supporters to head to Thurles and get behind the lads. Admission is by ticket only. A tap and go system will also operate.

In the semi-final we lost 1-23 to 2-12 against a very useful Borris-Ileigh team in Toomevara. There was drama before the throw-in when Kevin Ryan, who had been selected to start, pulled up in the warm-up and he was replaced by Paddy Ryan. Borris-Ileigh played with the aid of the light breeze in the first half and led by 0-14 to 0-7 at the break. Borris-Ileigh were always in control in the second half but an Eoin Carroll goal in the 49th minute reduced the deficit to five points. However, a Borris-Ileigh goal in the 54th minute, which opened up a nine-point gap, scuppered any lingering hopes of recovery. At the final whistle Borris-Ileigh were comfortable eight-point winners.

Thanks to the players and management for their efforts during the year.

A 3-22 to 0-5 victory over a depleted Borrisokane in Gardiner Park gave us top spot in the group on score difference and secured a home quarter-final place against the winners of the Lorrha and Newport game. The quarter-final is scheduled for Wednesday, 10th August. 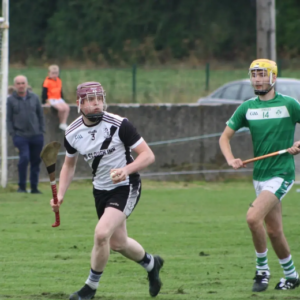 We collected another brace of points with a 3-16 to 0-10  home victory over Templederry/Ballinahinch. The first half was an even enough affair with the score with MacDonaghs 0-7 to 0-6 ahead at the interval. However, the Magpies went up a gear in the second half and had a healthy advantage at the final whistle.

In the latest round of the North/Mid League our first team recorded a 3-14 to 2-11 victory over  Gortnahoe/Glengoole team in MacDonagh Park.

We lost out to a very good Moneygall outfit in St. Flannan’s Park.

On last Saturday morning we hosted Toomevara in MacDonagh Park. Thanks to Toomevara for travelling.

Thanks to all who supported the Tipperary Draw and we look forward to your continued backing for the new Draw which has just been launched. The following subscribers, who were joined with Kilruane MacDonaghs, won a total of €16,000 in the last Draw: €6,000 MacDonaghs Club; €5,000 Orla Prout & Vincent Considine; €1,000 Gary Kerley, Liam Daly Dooley, Tim & Lynn Kelly; €500 June Williams & Gráinne Kelly; €400 Margaret Prout; €200 June Whelan, Darcy Family, Deirdre Ryan, John & Theresa Ryan.

The Jackpot now stands at €2,600. Tickets are available from the usual outlets or you can join on Clubforce.com. Thanks for your continued support. 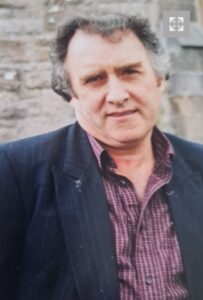 The late Michael Waters, Windmill, Cloughjordan was born on 31st May 1953. At an early age it was obvious was that he had the talent to make it as a hurler. Hurling was in his DNA. His father Jim had played with Knockshegowna and was on the first Knockshe team that won a North Junior final in 1934. Jim transferred to Kilruane MacDonaghs when he married Nellie Burns and settled in the Windmill. He won North senior medals in 1940 and 1944. Michael’s uncles Billy, Tony and Joe Burns also played with the club.  Michael played his first juvenile game for Kilruane MacDonaghs against Shannon Rovers in Ballinderry in 1966. He won his first medals in 1968 when he captained the U15 team, that included his brother Mackey to win the North Rural and Urban/Rural titles against Shannon Rovers.

In 1971 he was centre-back on the minor hurling team that won the North title with a victory over Naomh Cualann (Borris-Ileigh/Templederry) and the County final against Boherlahan. A year later Michael was wing-back on the U21 hurling team that won the club’s first ever title in that grade with a victory over Roscrea in the final. Michael went on to collect two more North U21 hurling medals  and two County medals (1973 & 1974). He played at midfield in the famous 1974 County U21 victory over Thurles in Nenagh. Michael had a preference for hurling rather than  football  but he enjoyed great success with the big ball winning North (1972) and County (1975) senior medals, three U21 medals (‘70, ’73 &’74) and a minor medal (‘70). After his underage hurling days Michael progressed on to the junior team. He was corner-forward on the team that overcame Templederry to win the divisional title in 1975. Michael retired from hurling at the end of the 1975 season after a short but very successful career. He was a stylish hurler who operated in defence but had the ability and versatility to fill any position on the field.

In retirement, Michael remained a faithful follower of Kilruane MacDonaghs. Even in later years when his health deteriorated he kept in touch with the progress of all club teams. He was a mine of information on the GAA as he was an avid reader of match programmes and yearbooks. Michael supported every draw, raffle and fundraising venture that the club had. He were not afraid to put his hand in his pocket and dig deep. Michael was a very highly respected member of the local community and the huge crowds that attended his funeral were an eloquent testimony to his popularity.

As a mark of respect the Tricolour flew at half-mast in MacDonagh Park and a minute’s silence was observed before the start of the junior semi-final between Kilruane MacDonaghs and Borris-Ileigh.  His coffin was draped in the MacDonaghs colours and club members formed a guard of honour as Michael made his final journey to Ss. Michael & John’s Church. Sympathy to his brother Mackey, sister Mary, Paddy, Jamie, Shane, Elaine, Lisa, Peggy, Jane and extended families. Leaba i measc na naomh dó.