Commiserations to Craig Morgan, Cian Darcy, John Casey and the Tipperary senior team on the loss to Clare. It will be a daunting task to overcome Limerick in the next round and stay in contention for qualification.

Best of luck to Páidí Williams and the Tipperary U20 team that takes on Cork in the Munster semi-final in Semple Stadium on this Wednesday, 27th April at 7.30pm.

In the fourth round of the County League we are away to Clonoulty Rossmore on this Sunday, 2nd May at 2.00pm.

In the third round of the League we lost to Borris-Ileigh in MacDonagh Park on a 1-19 to 1-15 scoreline. MacDonaghs had the aid of the breeze in the first half but it was the visitors who led by 1-8 to 0-9 at the interval. On the restart Borris-Ileigh increased their lead to three before Paddy Ryan replied with a white flag. Niall Shinners fired to the net in 35th minute after good work by Paddy Ryan and the Magpies were in the lead for the first time. By the 40th minute MacDonaghs had opened up a tree point gap. With 55 minutes gone the teams were tied on 1-15 each. Three Borris-Ileigh points from frees and one from play saw them out the gap as Kilruane ran out of steam. It was a much-improved performance by the home team. The next round is away to Toomevara on this Friday, 29th April at 7.00pm.

In the first round of the League MacDonaghs travelled to Templederry and recorded a 0-16 to 1-10 victory over Templederry/Ballinahinch. Although MacDonaghs played against the light breeze in the first half they deservedly led by -10 to 1-5 at the break. A five-point gap opened up in the second half but the combination always kept in touch. Despite late pressure from the home side our defence remained solid and we held out for a three-point victory.

The next round is at home to Portroe on this Wednesday, 27th April at 7.00pm.

Our football teams enjoyed mixed fortunes las week. The first team had a home victory over Toomevara while the second team lost to JK Brackens in Templemore. On this Thursday, 28th April the first team hosts Newport in MacDonagh Park at 6.30pm.

Both our teams made their exit from their respective championships at the quarter-final stage. A  depleted first team – Hugo Healy, Tom Campbell and James Gould were unavailable – travelled to Newport and despite a much-improved second half performance by MacDonaghs the home side had laid the foundation for victory in the opening half.

Our second team lost out to Roscrea in MacDonagh Park on a 0-5 to 0-1 scoreline. Ronan Hayes was very good in the goals made some great saves. Rory McLoughney fractured his hand during the game. Roscrea were the much better team on the night and deserved their victory. It was 9-a-side competition but both teams had 13 players and it was agreed to play 13-a-side.

On last Saturday our first team lost 1-4 to 1-2 against Ballina in MacDonagh Park. 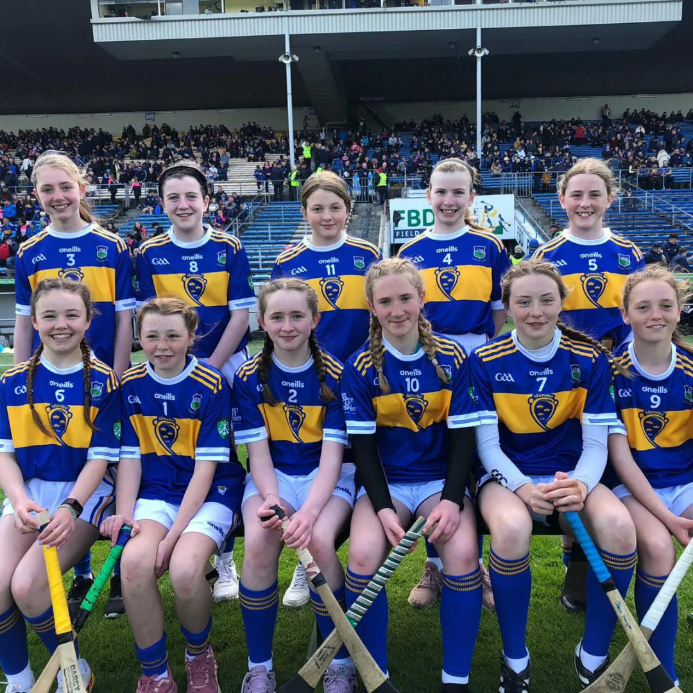 The Jackpot now stands at a very attractive €3,700. Tickets are available from the usual outlets or  you can join on Clubforce.com. Thanks for your continued support.

On this Friday, 29th April Cloughjordan Heritage Volume X1 will be launched in the Thomas MacDonagh Museum by Eamon O’Shea at 8.15pm. All are welcome to attend.