Our County campaign got off to a winning start with a two-point victory over Nenagh. Borris-Ileigh will provide the opposition in the second round which is scheduled for the weekend of 12th September.

We came out the wrong end of a 0-17 to 0-11 scoreline against Borris-Ileigh in the third round in Roscrea. MacDonaghs led by two points at the interval but at the second water break Borris-Ileigh had edged a point ahead. MacDonaghs ran out of steam in the final quarter as Borris-Ileigh finished the stronger to take the points.

Despite this reversal, a semi-final spot has been secured.  We have a bye next week  with the final group game against Nenagh on Saturday, 18th September in Toomevara. 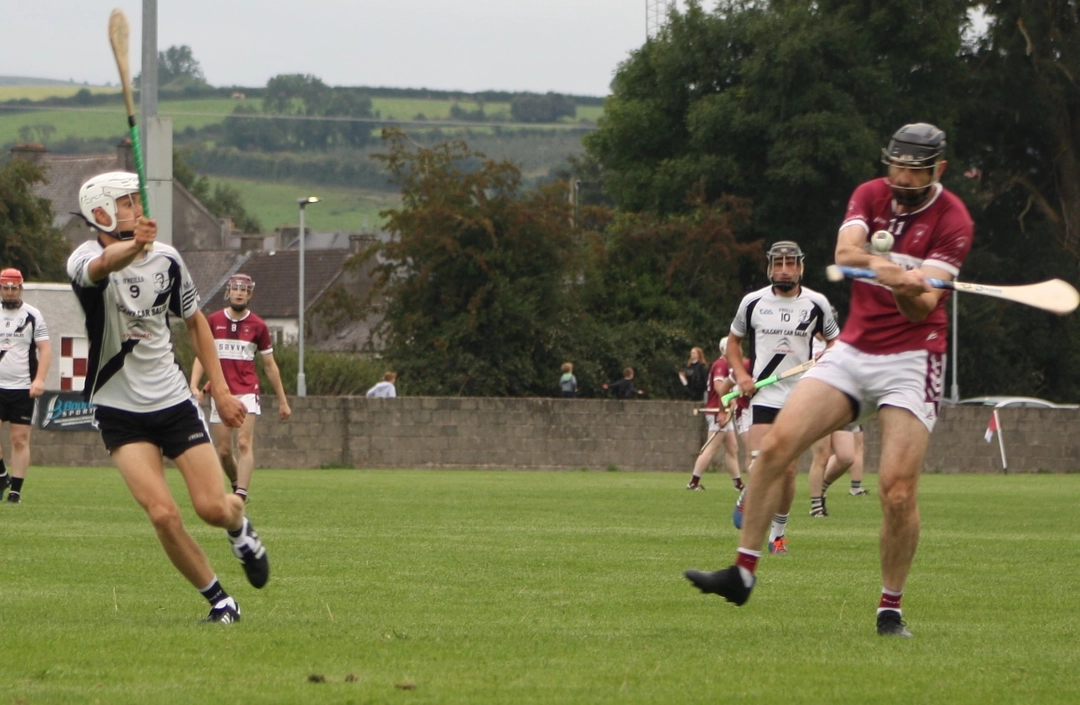 For the first time in a number of years we fielded a third adult team. On last Sunday evening we travelled to Bishop Quinlan Park and came away with a share of the points. MacDonaghs 1-16, Borris-Ileigh 2-13. This team was a blend of seasoned veterans like Martin Walsh, Mark O’Meara and Willie Darcy & minors Kevin Naughnane, Paul Dwyer, Shane McAteer, Rory Grace and James Loughnane.  There was never much between the sides throughout the game.

In the ninth minute David Williams scored a peach of a goal when he connected overhead with a long delivery. However, Borris-Ileigh edged two points ahead at the water break and enjoyed the same advantage at the interval.

In the second half MacDonaghs gave a gritty display. Even the departure of Niall Shinners at halftime and the loss of both David Williams and Willie Darcy in the final quarter failed to dampen the desire of the players who deservedly  chiselled out a draw.

On last Sunday our U15 footballers were crowned Division 4 Féile Champions with a 2-5 to 0-4 victory over Clonmel Óg in Dr. Morris Park. In the group games they had victories over Clonoulty (2-3 to 0-3) and Cahir (2-1 to 0-4) while they drew with Loughmore, scoring 1-1 in reply to 0-4 from the Mid team. In the semi-final they overcame Killenaule by 3-3 to 0-7. A notable feature of this success was that the team conceded no goal in the five games played.  Congratulations to the players and management on a tremendous victory. Thanks to Donald Austin (Austin’s Centra) who sponsored two boxes of fruit, bars and drinks for the players.

On the last two weekends we have been involved in Blitzes in Puckane and Moneygall. Our players derived great enjoyment from these games. Thanks to Kiladangan and Moneygall for their hospitality and we hope to return the favour in the near future.

The Jackpot has climbed to €4,200. Tickets are available from the usual outlets or you can join on Clubforce.com. Thanks for your continued support.