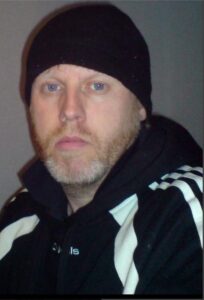 For all of us life is a fusion of joy and sorrow. The story of the Kilruane MacDonaghs Club during the last twelve months is a perfect illustration of this fact. On Sunday, 30th October there were scenes of unbridled joy in Semple Stadium as our senior hurlers laid their hands on the Dan Breen Cup for the first time in 37 years. Young and old celebrated this magnificent achievement in the days and weeks that followed. However, during the last year the club has experienced its share of sadness and sorrow as we laid to rest ten loyal and faithful servants: Mackey Keogh, Jim Reddan, Thos McCormack, Martin O’Meara,  Paddy Kelly, Paddy Mulrooney, Michael Waters,  Billy Sheppard, Billy Boyle and Denis Heenan. Today, we bid farewell to John Hyland,  a  proud and passionate MacDonaghs man, a MacDonaghs man  to the core, a great clubman.

His death though expected came unexpectedly. I was at a club meeting on last Thursday night when the news filtered through that John had passed away. Although it came as no surprise, the finality and reality of  his death had a sobering effect on all present. On hearing the news, I couldn’t help but think of the opening lines of Yeats’s poem “The Ballad of Father Gilligan” where the priest laments that so many of his flock are sick or dead.

Was weary night and day

For half his flock were in their beds

Or under green sods lay

Once, while he nodded in a chair

At the  moth hour of eve

Another poor man sent for him

And he began to grieve

“I have no rest nor joy ,nor peace

For people die and die.”

As a club we know how the priest felt as we have lost so many since last Christmas and the death of John is not only a huge loss to his family but to the community in general and the Kilruane MacDonaghs Club in particular.

It is just over four years ago that I stood in Ardcroney Church on a beautiful June day to pay tribute to John’s father Sean Hyland, one of the greatest ever players to wear the black & white jersey. John always referred to his father as the Bossman. It was John who asked me to speak at Sean’s funeral  and in our conversations at that time it was very obvious that there was a strong bond between them  a bond that not even death could break. Little did I think that a few years later I would be speaking at John’s funeral.  It is a reminder to us all how fragile life is and how our health is so precious.

I had the good fortune to play on the three-in-a-row team with Sean Hyland and I doubt very much if we would ever have captured the Dan Breen Cup without his leadership and consistently brilliant performances. John would never have claimed to match his father on the field of play but as a manger, coach and selector he played no small part in laying the foundations for the recent County Final victory. Fifteen of the eighteen players who lined out in the County Final for Kilruane MacDonaghs would have passed through John’s hands. Sean passed away in 2018 just a few months before Kilruane MacDonaghs ended a twenty-eight year famine by winning the North senior final and poignantly John has been called to his eternal home just a few weeks after the seniors won their first County  Final  since 1985. It was even more poignant that last Tuesday, two days before John died, two of his friends June Whelan and Tom Quinlisk went to visit him in the hospital in Galway and brought the Dan Breen Cup with them. John was delighted to hold the Dan Breen and insisted on the nurse taking a photo of the three of them with the Cup. It gave him great satisfaction that Dan Breen would spend the winter in the parish and deep down John would have felt a profound sense of pride that he had helped so many of the players on their journey to realising their dream with the victory over Kiladangan in the final. When Kilruane MacDonaghs and Kiladangan played there were often divided loyalties in the Hyland household. Living in Carney there was obviously a certain allegiance to Kiladangan. However, nobody was ever in any doubt which side John was on. The Bossman was MacDonaghs through and through, so for John there was no decision to be made it was the black & white every time and all the time.

At a time of death hurling seems unimportant but paradoxically it is that very time that hurling becomes more important than ever. For over one hundred years hurling has been the heartbeat of the community and hopefully it will continue to be. It is through hurling that many of us become familiar with our fellow parishioners and form life-long friendships. I first got to know John Hyland through hurling. He was a member of the 1978 U12 hurling team that won our first divisional title in this grade. John was also a member 1980 U14 team, the  most successful juvenile side that ever left the parish. I  was a selector on that particular team that won the North & County Rural and Urban Rural titles. We had a memorable time representing Tippeary in the All-Ireland Féile finals. Our host club was Turloughmore and we had a fantastic tournament reaching the All-Ireland Final. John’s next success was in 2004 when he won North & County Junior B medals and a North Junior B League medal.

That was also the first year he became involved as a selector when he was with the U12 team. John was to go on and work with the Senior, Junior, U21, U19 and U16 teams. Some years he was involved with more than one team and he also found time to serve as a trainer and selector with the Junior ‘A’ camogie team that won the County League title in 2012.  Many will also be surprised to learn that he also coached the Nenagh Ormond Senior Ladies Rugby team in 2014. John became a selector with the senior hurlers in 2009 when they won the O Riain Cup and he filled the same role the following year. He will be forever associated with the successful U21 teams. John was a selector on the sides that won the 2009 and 2010 North finals with the 2010 team going on to record a famous County final victory over a star-studded Thurles Sarsfields outfit in Dolla. I think John would have considered that particular victory as one of his greatest achievements with Kilruane MacDonaghs. In 2012 and 2013 he assumed the manager’s role with the U21s as they recorded successive divisional victories. Unfortunately, the 2013 team lost out by a point to Thurles in the County final, John’s greatest disappointment as a mentor. However, he did achieve County success that year when he was a selector with the U16 team that won a historic first County title in this competition.

Every manager, mentor or coach brings their own unique qualities to their role. John was competent and committed, a rare enough combination.  On the line he was cool, calm and collected. While all around him thermostats overheated and blood pressure rose high he remained unruffled and unfazed. John was passionate but never let panic cloud his judgement. He was the personification of Kipling’s famous lines

If you can keep your head when all about you

Are losing theirs and blaming  it on you

John was seldom euphoric in victory nor desolate in defeat. He derived quiet satisfaction in success and didn’t let disappointment derail him. Churchill said that “Success is not final; failure is not fatal; it is the courage to continue that counts.” I think John viewed life in general and sport in particular in this way. John also served for a time on the Club Committee though activities in the meeting room didn’t have much appeal for him. John only spoke at meetings when he had something to say and didn’t speak for the sake of saying something.

Hurling or any sport does not define an individual and it didn’t define John Hyland. Many of the online tributes referenced the fact that John was a gentleman and loved to chat and converse, not the man to meet if you were in a hurry. John spent some time in New York and in their condolences both Stephen Carty and Sean Sheppard mentioned how helpful John was when they first set foot in the Big Apple. John was very generous to his cousins Thomas and Sean Hayes, sending gifts from New York and never arrived empty handed to the Hayes household on his visits home from America. He was very careful not to favour his godson Sean over Thomas. Both were treated equally.  John had a great love of music and was a regular at local gigs and concerts further afield, making his way to Slane to see the legendary Freddie Mercury. Cycling was another great interest of John’s, particularly the Tour de France. Not satisfied with watching the greatest cycle race in the world on television he took himself off to France one year to pick grapes so that he could watch the race as a spectator. I believe he ate more grapes than he picked but enjoyed the cycling.

All of us gathered here today have our own memories of John. Memories help us deal with grief. When Seamus Heaney’s mother died he wrote a poem called “When all the others were away at Mass”. In this poem he recalls a time he was peeling potatoes with his mother. Heaney shows the importance of ordinary moments. It is amazing how in recollection the ordinary can become so extraordinary. This poem has been named Ireland’s best-loved poem from the last century. As I read the poem you can recall some fond memory you have of John.

When all the others were away at Mass

I was all hers as we peeled the potatoes

They broke the silence, let fall one by one

Gleaming in a bucket of clean water

From each other’s work would bring us to our senses

So while the parish priest at her bedside

Went hammer and tongs at the prayers for the dying

I remembered her head bent towards my head

Her breath in mine, our fluent dipping knives

Never closer the whole rest of our lives

This morning it was fitting that we assembled for the Guard of Honour at MacDonagh Park where the Tricolour was flying at half mast as a mark of respect. It was there that John spent many, many happy hours over the years enjoying the camaraderie that is part and parcel of GAA involvement. At yesterday’s U17 football final and U21 hurling match a minute’s silence was observed in memory of John. As a staunch clubman  he would have been delighted that the U17s won their final and that the U21s put in a splendid second half performance to chisel out a draw.

On behalf of the Kilruane MacDonaghs Club, John’s Club, the Club that meant so much to him, the Club he served so well,  I would like extend sympathy to Helen, Fiona, Deirdre, Paul, the Hyland and Hayes families. John is now with his father Sean, the Bossman. He couldn’t be in better company. The Bossman will look after John.