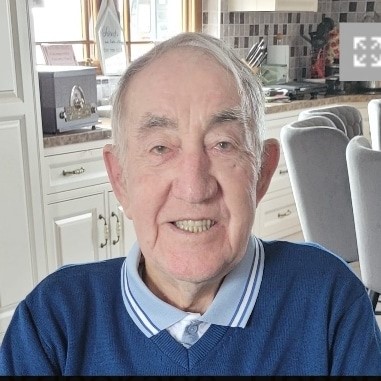 Billy Boyle, Coolagorna won his first medal with Kilruane MacDonaghs in 1954 two years after Queen Elizabeth ascended to the throne in Britain. He lined out as goalkeeper on the side that had a comfortable victory over Kilcommon in the North junior final in Nenagh. At that time Kilruane MacDonaghs wore the green jersey with the gold sash. Two years later Billy picked up his second North junior medal when Kilruane MacDonaghs had a narrow one-point victory over neighbours Toomevara. Billy was between the sticks again for this encounter and the Guardian reporter commented that he made some fine saves.

In 1959 Billy was part of the senior panel that defeated Toomevara in the North Final to claim the Murphy Cup. That side went on to contest the County Final against Thurles Sarsfields in Roscrea. Despite a tremendous performance by Kilruane, the Dan Breen Cup went back to Thurles for the fifth year in a row.

The following year Billy collected his third North junior medal when Kilruane MacDonaghs, captained by Frank Diamond, had a convincing victory over Ballinahinch in the final. At that time the junior & intermediate champions played off for the right to contest the County semi-final. In the playoff Kilruane got the better of Knockshegowna. A victory over South champions Newcastle gave MacDonaghs a place in the County final against Moycarkey Borris in Borrisoleigh on 18th December. The club didn’t have the luxury of  Astro Turf with lights so much of the training was done in the darkness in various locations throughout the parish. Flashlamps were used in Ardcroney to provide some light.

On one occasion, the team was training in Bunch Reddan’s Garden in the Windmill, Cloughjordan and the only light was the faint glimmer that shone from Bunch’s kitchen. The garden was in almost total darkness as the players got ready to start their laps. One of the fitter players, who shall be nameless, shot off like a rocket. The next moment the deafening roars of an ass shattered the December silence in Cloughjordan. The player collided with Bunch’s ass which was having forty winks in the corner of the garden. Fortunately, the player in question didn’t sustain any serious injury, only severe shock. However, the story had a rather unhappy ending. The ass was never the same again, suffered psychological problems for the rest of its life and became allergic to work.

As the team got ready to take the field for the County final, the players were given a drop of poitín to ward off the winter chill and get them ready for battle. Jack O’Meara, the famous Iron Man, was in the dressing room and he spotted one of the players adjusting his hair. The Iron Man nearly exploded, jumped into the middle of the players and roared: “Get out there with the hair standing on ye’re heads like Kerry Blues and tear into them.” The team heeded his words and tore into Moycarkey. Billy lining out at corner back won a coveted County medal as Kilruane came out on top in a low scoring game 3-2 to 2-2. I can only assume the low scoring was the result of both teams using a sweeper in defence. The Tipperary Star reported that the last ten minutes were exhilarating and that everyone of the thirty threw themselves into the fray with little regard for limb or stick.

In 1962  Billy played corner-back on the Tipperary Intermediate team that lost to Cork in the first round of the Munster championship. The same year Kilruane contested the North Intermediate final but suffered an agonising one-point loss to Moneyall.  In 1963 Billy was once more part of Tipperary team that won the Munster Final with a victory over Clare.  Billy came on as a sub in the Home Final victory over Wexford in Waterford. He kept his place for the final when Tipperary won their first All-Ireland in this grade with a 1-10 to 1-7 victory over London in Thurles. The  Guardian reported that Billy Boyle had a great hour at half-back. Billy was now the proud holder of a Celtic Cross.

On the club front Billy progressed on to the senior team. In 1963 he was goalkeeper on the side that lost the replayed semi-final to Toomevara.  There was no joy for Billy and his colleagues the following year and a defeat by Roscrea in the second round ended championship aspirations. 1964 proved to be fruitless season as well. 1965 was to be much different. A first round loss to Lorrha seemed to herald the dawn of another disappointing year. Interestingly, Billy played corner-forward in that match.  Just like the 1959 team the scenic route through the loser’s group was to be followed. A victory over Borrisokane in the replayed semi-final saw Kilruane MacDonaghs book a place in the final against Lorrha. Down to fourteen men and two points behind as time ebbed away it looked like it wasn’t going to be Kilruane’s day. However, a terrific bit of team play saw the sliotar transferred from defence into the attack and Sean Williams finished to the net for the winning goal. The County semi-final against champions Thurles was played in Nenagh. The game  was shrouded in controversy over a Thurles goal. There is an iconic photo of Sean McLoughlin who had been bundled to the ground by Tom Hensey throwing the sliotar past Billy for a  crucial goal that paved the way for a Thurles victory.  In 1966 Lorrha turned the tables in the North semi-final with a two-point victory in Borrisokane in what the Guardian report noted was a rough, robust and sometimes unsavoury game. The  clashes  in those years between Kilruane MacDonaghs and Lorrha were not for the fainthearted.

That particular game was to be Billy’s last in the Kilruane MacDonaghs colours. He had won  an All-Ireland,  a Munster, a County and five North medals. Billy had played senior during a period when hurling in the North division was at its strongest as is evidenced by the fact that in the early sixties there were five different champions in five years. He was patient and persistent, playing junior and intermediate for nine years before nailing down a regular spot on the senior team. Billy was a versatile performer playing in goals, in the backs, in midfield and in the forwards. He was the quintessential team player. Billy played where he was asked to play. The team came first. Goalkeeping was a particularly hazardous occupation. Inside forwards generally viewed goalkeeper as a legitimate target.  Many online tributes have referred to Billy as a gentleman and he was the same on the field. He hurled the ball when in an era when there were ferocious exchanges in matches. Billy was modest an unassuming never boasting or bragging about his achievements. Only those of a certain vintage would be aware that he has an All-Ireland medal, a rare currency in the parish until Tom McLoughney won a pair in 1961 & 1962.  Billy remained a loyal supporter of Kilruane MacDonaghs until the end renewing his membership of the Tipperary Draw last week. He served the club well.