A 3-21 to 1-17 victory over Carrick Swan in Boherlahan secured a place in the knockout stages of the county championship which will resume when the divisional championships have concluded. Swan had the aid of the stiff breeze in the opened period– it died out in the second half- but it was the Magpies who started brightly and were 1-3 to 0-0 ahead after ten minutes. Declan Barrett had availed of a defensive blunder in the fifth minute and whipped a ground ball to the net. The southerners began to settle and after fifteen minutes the teams were level on 1-4 each. At the interval MacDonaghs led by 1-12 to 1-9. Swan had scored six of their points from frees and one from a 65. On the resumption MacDonaghs never looked like losing and goals from Cian Darcy in the third minute and from Thomas Cleary in the sixteenth minute helped put the issue beyond doubt. Swan kept battling to the end and hit the last three points to leave ten between the sides at the final whistle. It was mission accomplished. Team: Thomas Williams, Eoin Hogan, Jack Peters, James Cleary, Craig Morgan, Kieran Cahill, Seamus Hennessy (0-1), Justin Cahill (0-2), Jerome Cahill, Cian Darcy (1-8), Niall O’Meara (0-3), Conor Cleary (0-1), Thomas Cleary (1-2), Declan Barrett (1-0) and James Williams (0-4).

In the fourth round of the championship MacDonaghs take on Knockshegowna in Ballingarry on this Saturday, 19th August at 7.00pm.

MacDonaghs claimed the minor ‘B’ football title with a 4-11 to 0-4 victory over Kiladangan in Nenagh. The Magpies were always on top in this game and goals from Luke Dervan (1st & 23rd minute), Craig Morgan (3rd minute) and Alan Spain (10th minute) laid the foundation for victory. Goalkeeper Karl Williams slotted over a 45 in the fifth minute and was also on target from a 35m placed ball in the 25th minute of the second half. MacDonaghs led by 4-3 to 0-3 at the interval. Any hopes of a Kiladangan comeback were scuppered in the early minutes of the second half when Karl Williams saved a penalty. This was a very impressive performance from the team that played some lovely combination football. After the game Mike Flynn, Vice-Chairman of the North Board, presented the Cup to joint-captains Nathan Ryan and Kevin Oakley. Congratulations to the entire panel and management team of Liam O’Kelly (Manager), Éanna Hogan (Coach), Niall O’Meara (Coach) and Damian Mulcahy (Selector). Pat Murphy also made an important contribution to the victory when he was brought on board to do some invaluable coaching sessions before the final. In the county semi-final MacDonaghs will play Fethard. Team: Karl Williams (0-2), Kevin Oakley, Ben Chadwick, Nathan Ryan, Sean McAdams (0-1), Kian O’Kelly, Jerome Cahill, Mark O’Neill, Jake O’Kelly (0-1), Owen Usman, Luke Dervan (2-0), Luke Morkan, Mathew Spain (0-3), Craig Morgan  (1-3) and Alan Spain (1-0). Subs: Devlin Courtney (0-1), Patrick Hayes, Páidí Williams, Eoin England and Fionnan Minogue. 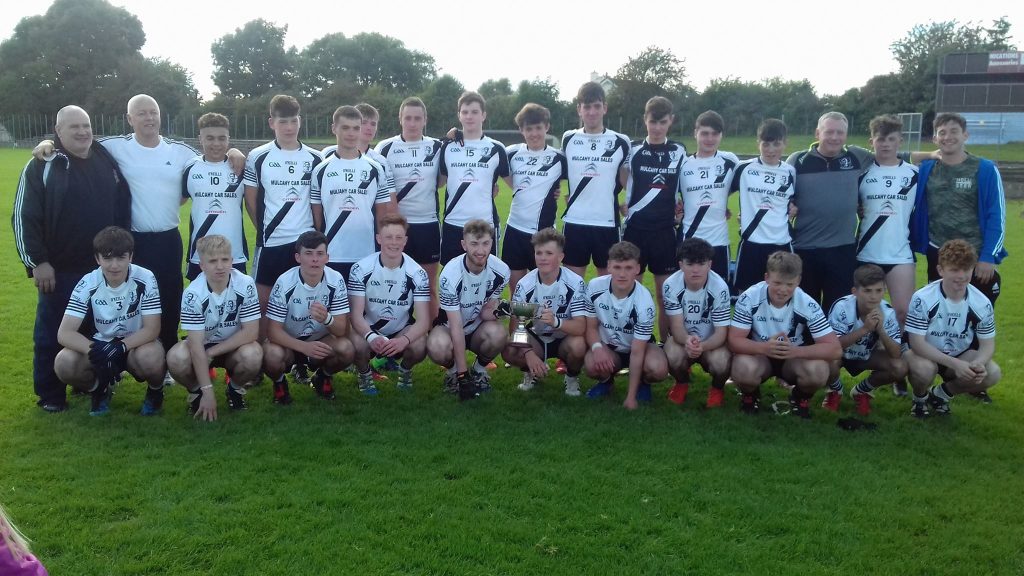 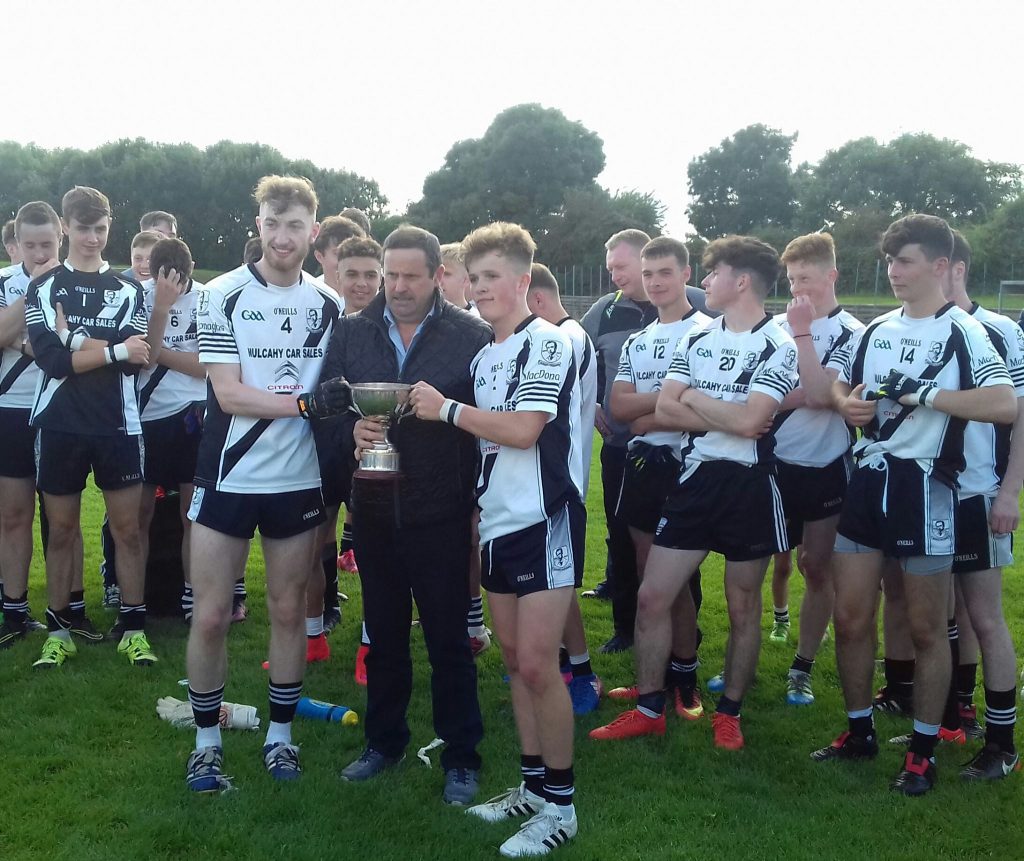 In the divisional semi-final of the hurling championship MacDonaghs will play Roscrea in Toomevara on Wednesday, 30th August at 6.30pm.

On this Friday, 18th August MacDonaghs (Dubh) will play Nenagh in Cloughjordan at 6.30pm with MacDonaghs (Bán) facing Nenagh at 7.30pm.

On last Thursday we hosted Borrisokane and Silvermines for a very enjoyable blitz in MacDonagh Park.